Poor Drainage Can Cause Problems in Your Landscaping

When you have running or standing water in your yard, you often have a host of other problems caused by poor drainage. DC Lawn & Landscape can correct your excessive water problems with a carefully designed drainage system. We can also repair your landscaping and lawn before you’ve got permanent damage to your property. Standing or running water problems can be serious and should not be ignored: 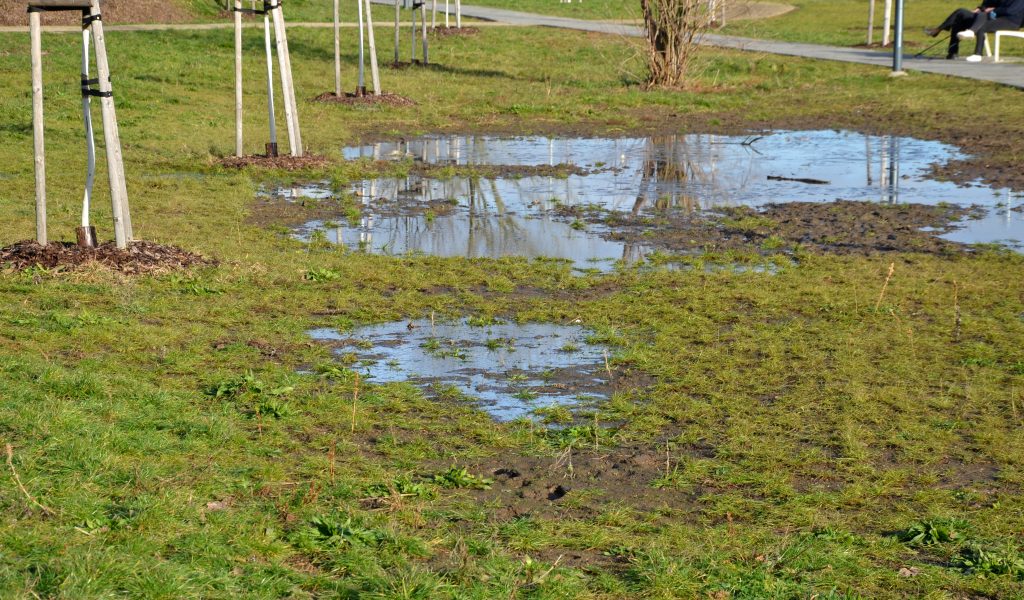 Protect your investment in your landscaping and your home with an expert solution that may include a new drainage system and new or repaired landscaping elements. Our professionals will come out to your property, take a good look around and diagnose the problems caused by water that doesn’t drain properly. Then we’ll offer a solution to your drainage problem so you can continue to enjoy your home without worry. We can also correct any existing damage to your lawn or landscape by installing new sod or plants that have been damaged by running or standing water. We offer free quotes so you have nothing to lose by contacting us… except your drainage problem! Call or email today!

Types of Drainage Solutions for Your Home

Depending on the source and severity of your water problem, we can recommend and install one of many different types of drainage systems, customized for your property, to correct your drainage issues.

Don’t let drainage problems go on any longer. Give DC Lawn & Landscape a call. We look forward to hearing from you. Contact us today!

Positive: Professionalism, Punctuality, Quality, Responsiveness I can’t say enough about DC Landscaping. I had other contractors come out to remedy a drainage issue I had. Thousands of dollars later, their solution failed. DC was suggested by a mutual friend and I gave them a call. I am so glad I did. While they aren’t the ‘cheapest guys in town’, they were, by far, the best and most reliable. Sometimes you get what you pay for and I wish I’d paid for these guys from the beginning. They provided a schematic showing their proposed solution, explained it in detail, came when they said they would, and even finished the job ahead of schedule. These guys worked 7 days a week, on weekends, and even in the rain! (Unless there was thunder and lightning) They went the extra mile and Clayton even installed a lantern that wasn’t included in the original quote. It’s 18 months later and their work is still beautiful and has kept my drainage issues at bay. I do NOT review people or services but, in this case, DC Landscaping deserves accolades. Do yourself a favor and call them first!
Beverly L.

Do you have a project?